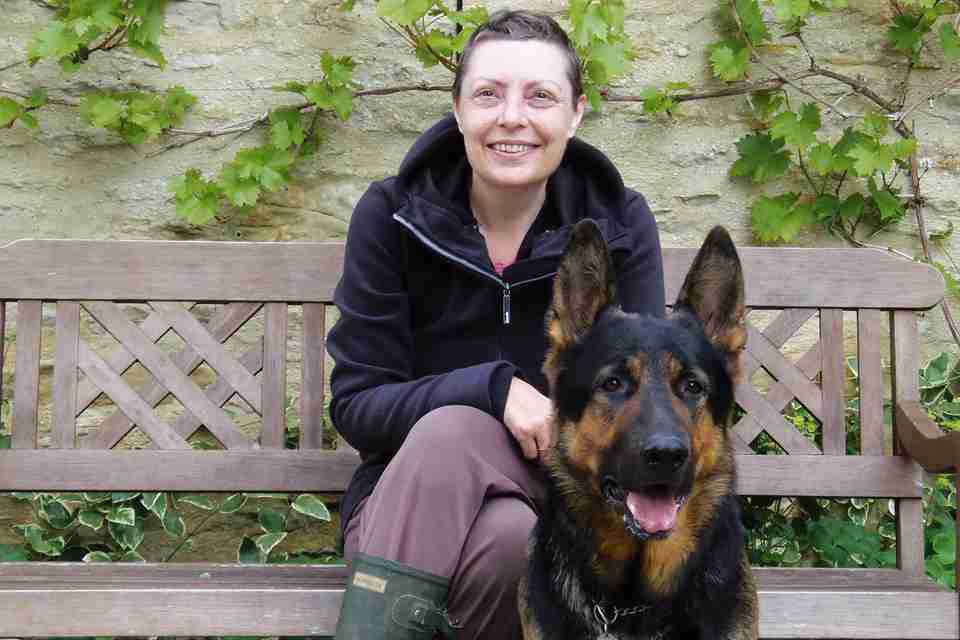 My Mum’s the best Mum a young dog could ever have. I bet she’s the best Mum in the whole wide world. In history even. She’s loving and kind and affectionate and gives me lots of cuddles and nice things to eat.

Mum hasn’t been well for a while now. Partly my fault I’m afraid. Sorry Mum! The story does have a happy ending though. Kind of. Maybe. Hopefully!

To celebrate my first birthday, Mum and Dad took me to a dog agility centre on a kind of experience day for dogs. I enjoyed it so much, they treated me to some agility jumps for my first non-birthday the following month. Boy was I excited when they arrived in the post. I couldn’t wait to get my teeth into that scrummy brown packaging to see what was hidden inside.

After I’d redecorated the lounge with the packaging, I took Dad out into the garden so we could set up my new jumps. He helped of course. A bit!

I’m not sure which of us enjoys my jumps the more. With Dad’s face it’s hard to tell a smile from a grimace or a frown from chronic wind. But we used the jumps every day after that, and still do in fact, so I like to think he’s enjoying himself as much as I am.

A few weeks after we first set up my jumps, my best friend Mischa came round for the afternoon. She’s a Labradoodle and the best friend a young dog ever had. We have so much fun together. You can read more about her here: (hyperlink.

So after I’d shown her the ropes, or the jumps as is the case on this occasion, Mischa decided she’d like a go. She didn’t do bad as it happens. Especially for a first timer. Mischa’s like a tightly coiled spring and boy did she take off going over those jumps. She enjoyed it so much, she went round again, and again, and again.

After the third time, I have to confess I got a little impatient and wanted another go myself. I forgot Mum had the lead draped over her wrist, and as I took off without warning for the first jump, I pulled her through the air and she went crashing to the ground with an enormous and very loud thud. Whoops!

After we scraped her off the ground, Dad and I took Mum to the vets where they told her she had fractured her upper arm in two places and that she also had a badly fractured shoulder. Oh dear!

Mum was very brave. She always is. Even though she was in lots of pain and had one arm in a sling, she carried on more or less as normal except she could only give me a one armed cuddle instead of two and she hasn’t been able to join Dad and I on one of our walks ever since.

However. A week or two later, Mum started bleeding. Apparently she had an early menopause because she had been ill lots of times before and had undergone masses of abdominal surgery. Now she suddenly started bleeding again for no apparent reason.

As it turned out, this illness was different. This was really bad. After lots of visits to the vets they decided she had something called cancer and that she had to go into vet hospital right away.

I really missed Mum when she stayed at the vets for a week. A week is a long time in the life of a young dog you know. After she came home again she still had to visit the vets every single day for more than a month and they made her take lots of horrible medicine which made all her hair fall out. That was really strange. I’m used to seeing Dad with no hair, but Mum? Anyway, now we’ve got all our fingers and toes crossed that she’s going to be okay and I can take her on long walks once again. We’ll know in a few months.

But here’s the thing. While Mum’s is a rare and aggressive form of cancer, the good thing is that it was found early. And how was it found so early? Have you guessed it? Have you spotted the connection between the fall and the bleeding? It was me. Apparently I inadvertently discovered a new and somewhat unconventional way of detecting cancer. It’s been known for a long time that certain clever dogs like me can detect cancer in human beings. Well this is a new way. The Marco way, apparently now known in exalted medical circles as ‘The Marco Method for Early Cancer Detection’ or TMMfECD for short. There’s even talk of a Nobel Prize for Medicine some time in the near future. I’ve actually been working on my acceptance speech just in case.

They’re saying it could revolutionise medical diagnostics. I do hope they’re right. Because if they’re wrong, if my so called revolutionary method of diagnosing cancer turns out to be nothing more than a heureux accident as the residents of Le Havre would say, there’s an awful lot of already sick people who are going to be an awful lot sicker once they’ve been unnecessarily dragged to the ground by an overexcited and mentally deranged canine!

Oh, and I wouldn’t necessarily rule out the possibility of a knighthood either, but I would appreciate you keeping that to yourself for the moment. At heart, I’m a very private individual. I’d hate for this to enter the public domain before the announcement. In fact I’d really rather it didn’t enter the public domain – ever. So please. Let’s keep this amongst ourselves, shall we! If the media gets hold of this my life will never be my own again!

All I do know is, the vet said that the fall had started Mum’s bleeding which led to the investigation which in turn led to finding the cancer. How about that then? If I hadn’t pulled Mum over, they might not have found the cancer until it was too late. Not that that’s an excuse or anything like that. I’m really sorry for hurting Mum. I just hope something really good is going to come out of it. 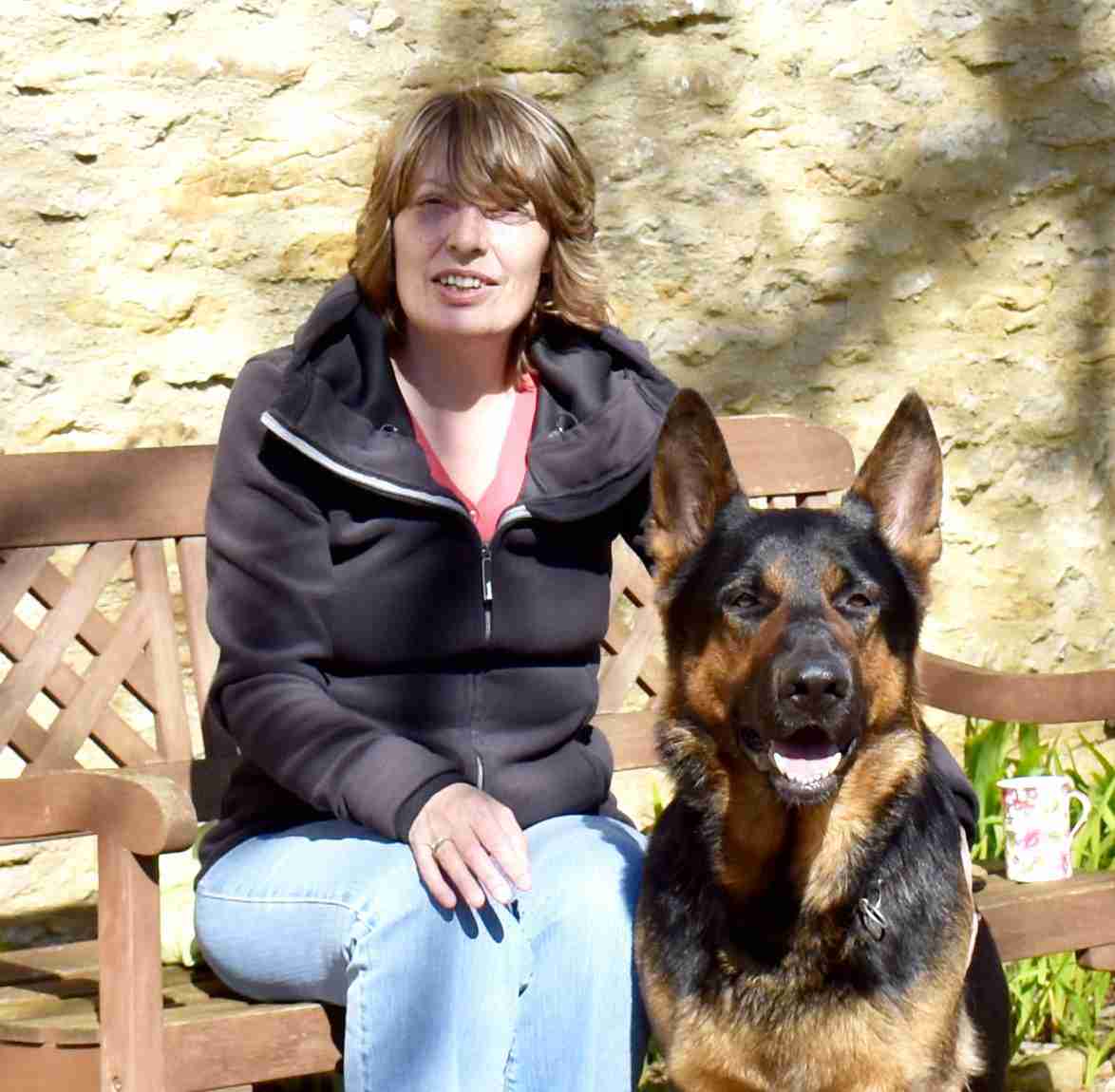 I’m Ann-marie Morgan, the founder of The Dog Chef. Along with my husband, canine nutritionist Gerald Pepin, we have made homemade food and treats for our dogs for many years. We have witnessed first-hand the enormous health benefits to our dogs of feeding only 100% natural food. 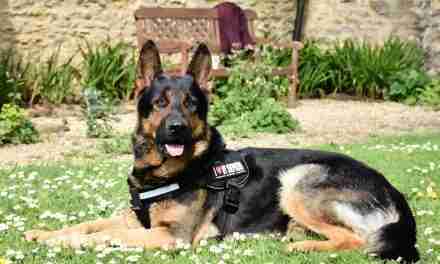 ‘Dog of the Day’ Award 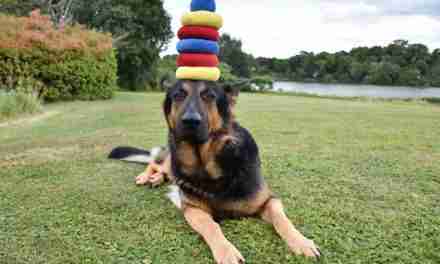 A Circus Life for Me 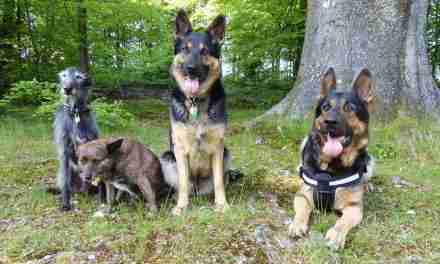 Me and the Gang 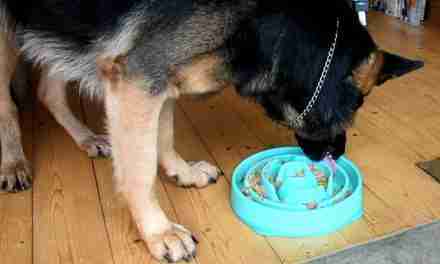